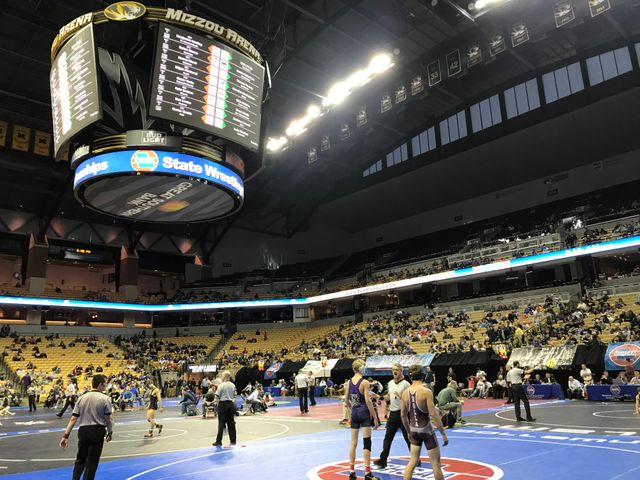 COLUMBIA - Approaching winter weather may have an impact on the Missouri State High School Wrestling Championships.

The championships started at Mizzou Arena on Thursday and will continue through Saturday night.

Thursday's mild weather only lasted briefly before a cold front moved back in. Snow is expected to fall beginning Friday afternoon through Saturday.

"We've seen this situation before, we had an ice storm hit on a Friday night in 2015 that forced us to have to delay the tournament," Jason West, Communications Director for MSHSAA, said.

The delay allowed fans and athletes extra time to get to the venue safely in the dangerous conditions.

"We have been keeping an eye on the weather and we have a few options we could do, but we don't want to make any decisions until the weather is actually here," West said.

Fans feel they will be in good hands, based on past events.

"I was an athlete in 2015 when the last one hit," Ralph Hernandez said. "And MSHSAA did a good job with letting us know there would be a delay."

West said participants and fans should keep an eye on local weather forecasts and make arrangements in case weather strikes hard in Columbia.

He also suggested athletes and fans look out for any announcements from MSHSAA regarding the tournament.