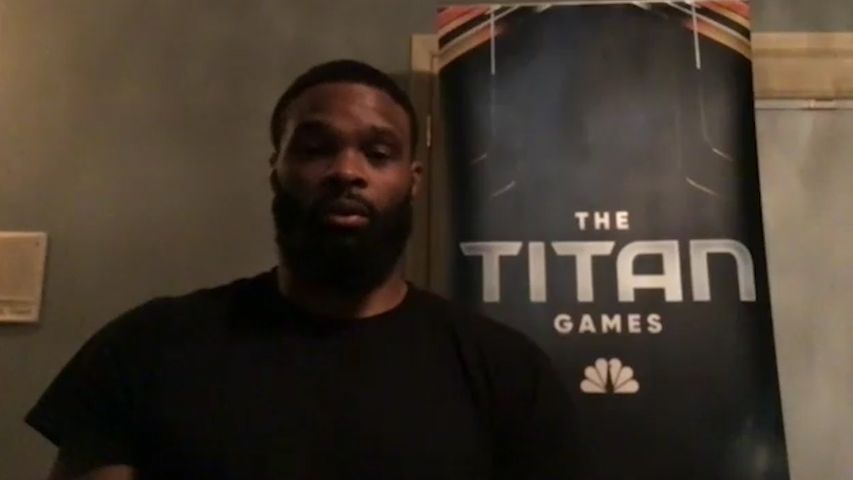 COLUMBIA - One of the most recognizable names in MMA is trying his hand at something a little different.

Former UFC welterweight champion and Mizzou grad Tyron Woodley will be a competitor in the new season of the Titan Games.

“They brought us in to basically give us a diversified amount of athletes that are high level athletes in their sports, whether it’s football, boxing, mixed martial arts, snowboarding, crossfit, stunts,” Woodley said.

Woodley and the other "heroes" are pitted against athletes in an obstacle course competition.

"I actually competed in the competition, just like everybody else," Woodley said. "Same sweat, same heavy obstacles, flipping stuff, jumping through stuff, so it was a blast.”

As a former UFC welterweight champion, Woodley says he can draw his success back to his time as a wrestler at Mizzou.

Woodley says that competitive edge came in handy for the Titan Games, as well

“What made us high-level athletes is the fact that we didn’t wanna lose," Woodley said. "These people were really coming in like mugging us, giving us dirty looks and stuff, so we actually had to go out there and get it in.”

Woodley returns to the octagon Saturday night for his first UFC fight in over a year. He says the pandemic has helped in his training.

"I feel like everything happened for a reason," Woodley said. "This is the first fight in a very long time that I walk into the octagon pretty much 100% healthy."

The new season of the Titan Games premiers Monday night on KOMU.